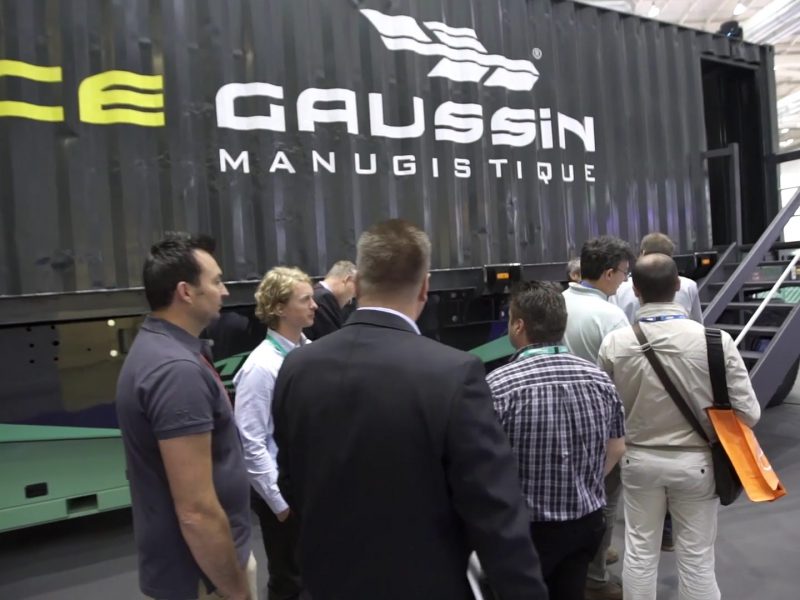 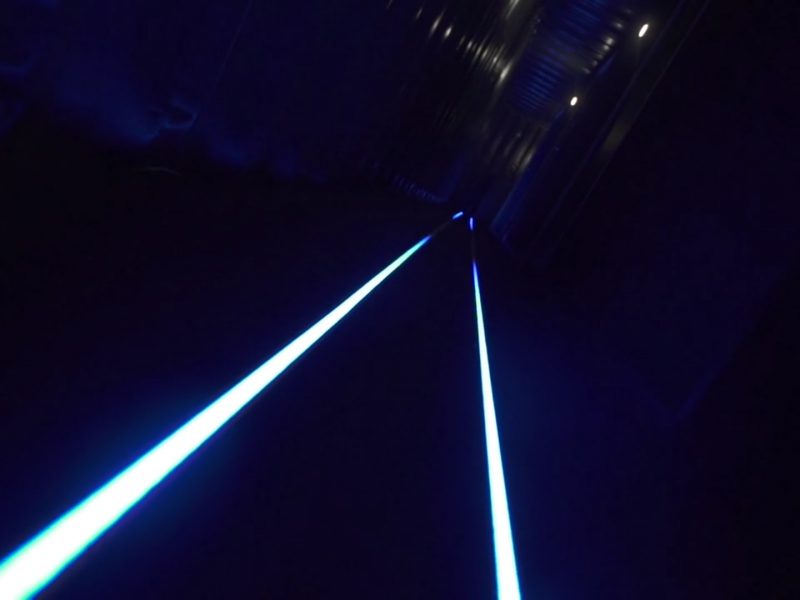 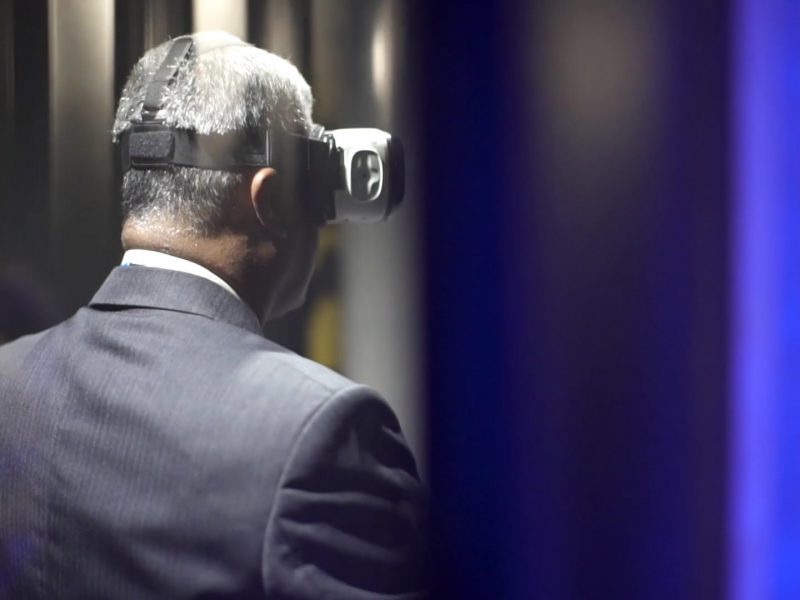 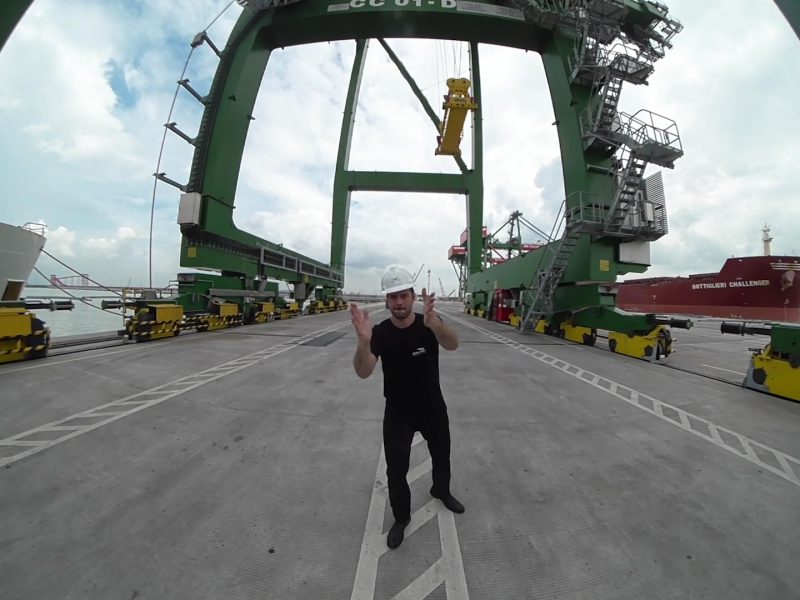 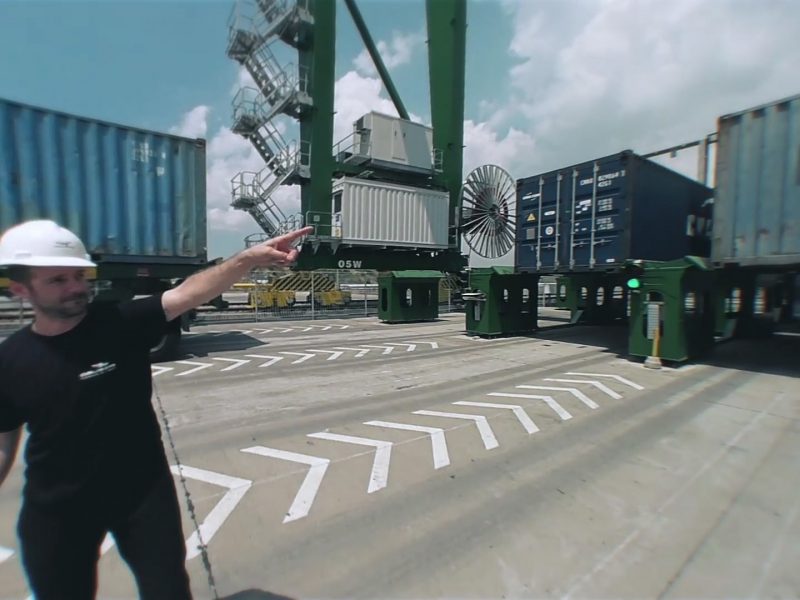 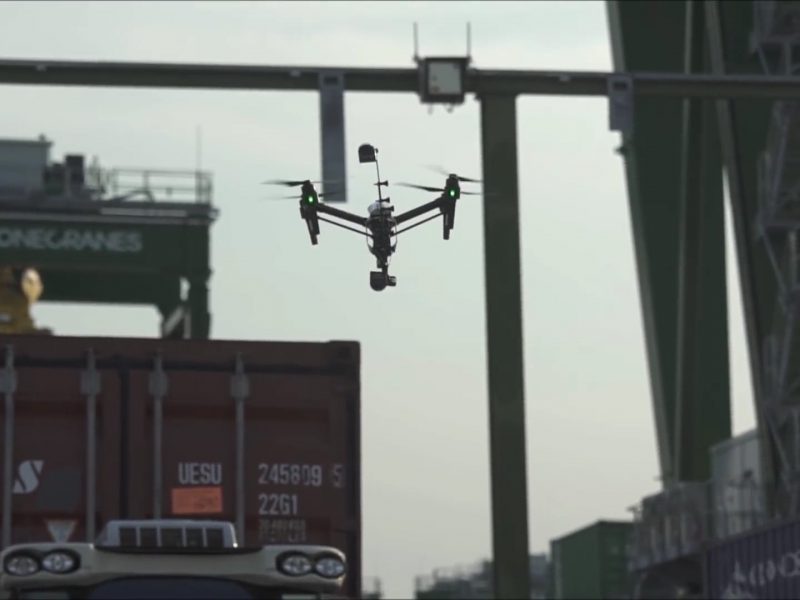 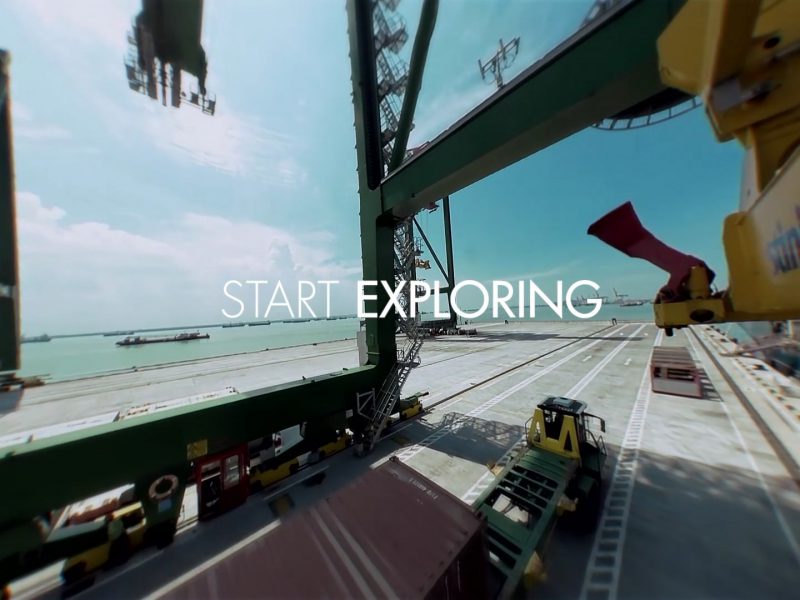 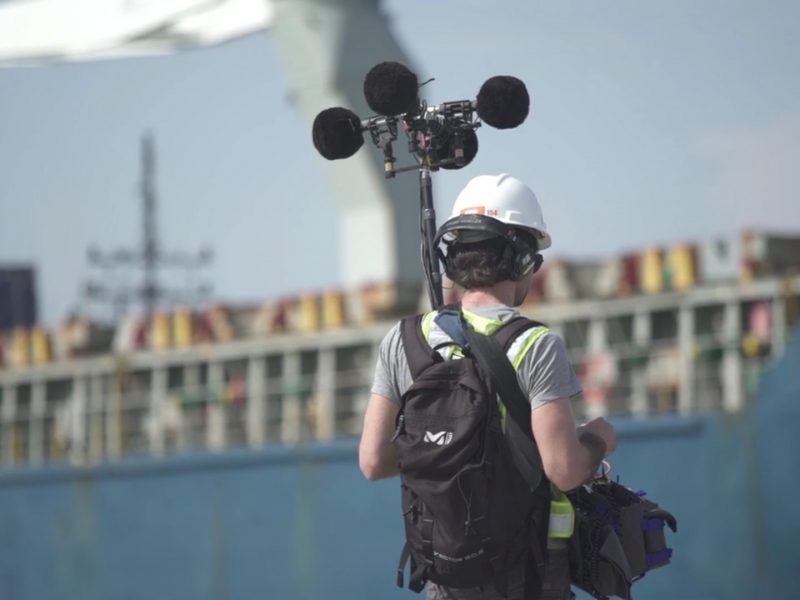 As the company Gaussin coined it: “IF YOU CAN’T GO TO THE PORT TERMINAL, HAVE THE PORT TERMINAL COME TO YOU”.
That has never proven so true, as with this VR experience produced by BiggerBand, with 360° videos in Surabaya, Indonesia, provided by GlobalVision.

360° video is used to immerse the viewer into cargo harbour, with cranes, containers and ATTs all around him.

As the experience unfolds, the viewer is transported on different locations, from aerial 360° video, to dock-side.
A voice-over accompanies every scene and drags attention on elements to look at.

The whole VR experience was revealed as a tradeshow booth and shown at a specialized event for shipping & cargo industry, TOC Europe.
Gaussin’s booth for VR, located inside a real-container drafted lots of attention from attendees and positive enthusiastic feedback.

As a result, the 360° video experience proved plenty of fun and information, as well as a great conversation opener with booth visitors.